The Office of the President of the Republic of Estonia

In 1937-38, an administrative building for the office of the President of the Republic was built above the Kadriorg Upper Pond (Mirage Pond). Emphasizing historical integrity, the building was aligned with Kadriorg Palace (where the President’s residence was located). However, the historic garden connecting the two palaces close to each other was redesigned. The President’s office was designed by architect Alar Kotli himself, except for the large office of the Head of State, designed by architect Olev Siinmaa. The most important representative offices were the State Council Hall, a large office and the so-called Ambassadors’ Hall. The original design with art déco-style furniture is still preserved in the hall of the Council of State.

According to Lennart Meri’s involvement in architecture and construction, it is possible that, had he not been a writer and later become president, he would have certainly become an architect. 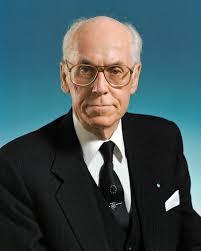